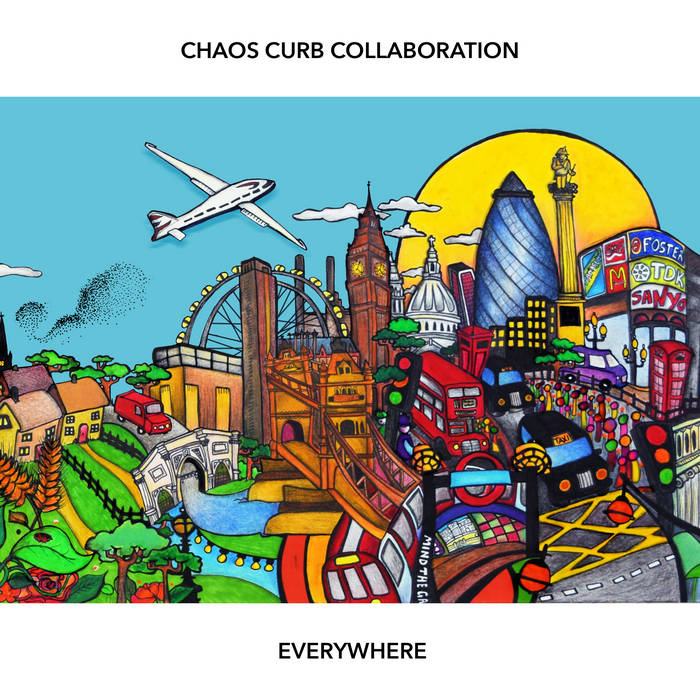 Sculpted from over two years of almost continuous recording and writing, 'Everywhere' is an immersive and progressive worship experience. Much like the 2012 debut, the lyrics are once again pointing us outwards to the world around us, rather than simply dwelling on an interior spirituality.

Keeping much of the same team as before, the collaboration have pushed further into the more left-field electronic sound that delighted critics on the first record. Whilst the chorus hooks are just as singable, the sonic textures are richer and deeper, and even darker than before. In the time-honoured tradition of the 1970's progressive album, there are two sides to this collection, and the songs are largely long-form.

So, dive in to a world of sound and word that will light a fire inside to see the kingdom of heaven manifesting in your city, town or village. This is a worship album like no other, and perhaps the first ever to feature no acoustic guitars whatsoever!

"When the Bournemouth-based collective fronted by singer/songwriter Dave Griffiths released their self-titled debut album in 2012 I for one was hugely impressed with a project which didn't follow the predictable formulaic path of much modern worship but sought to find creative new ways of expressing worship and adoration of our God. But nothing quite prepared me for this album. I've delayed reviewing it to simply see whether the effect it had on me on initial play would continue as familiarity grew. It has. There are two tracks which for me seem to carry the very presence of God. The first, the opener "Immersion", was, musically, a huge surprise. Having heard that the 'Everywhere' album would contain a lot more electronic music influences than the collective's debut still hadn't quite prepared me for a five minute long techno instrumental which is an enveloping soundscape which seems to take the listener on a spiritual journey. Equally captivating was the title track, a song built on two stark statements - "Everywhere I go I try and find you" and "Everywhere I look I try and see you" - over Dave's stark piano chords. It builds and builds into a haunting refrain which again is permeated with God's presence. Throughout the programming by David Evans, Marc James' delicious slide guitar on "Represent" and Dave's passionate vocals all play their part in delivering what is for me one of the finest albums I've ever heard."