Walk of the Moment 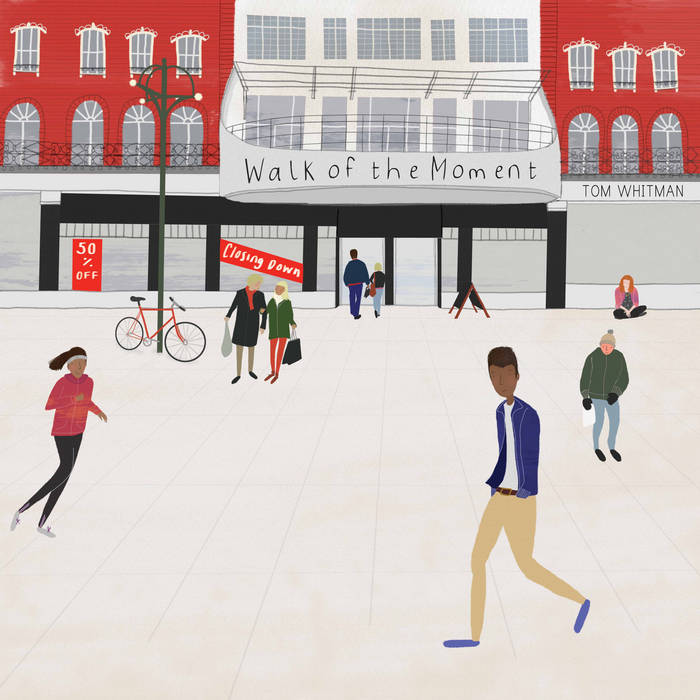 WALK OF THE MOMENT – CHRISTMAS SINGLE


Bournemouth-based troubadour Tom Whitman returns with the first cut from his sophomore album. 'Walk of the Moment' precedes the new record 'From the dear green place', scheduled for release early next year.

The song, a tribute to the sorely missed Borders store in Bournemouth's town square, is a great example of what makes Tom such a credible songsmith. The lyrics are nostalgic without being trite, the melody lilting in a fashion that hints at his Northern Irish roots. With the strong accompaniment of his band behind him, Tom and his band have matured from the sound first demonstrated on 2009's 'The Breaking In Of Light'.

The single is out now from the Risen Records bandcamp page with all the proceeds going to Bournemouth's Eating Disorder charity, I*Eat.


The story behind the song…

It's a nostalgic story that was written around the time of the Borders store in Bournemouth closing down almost 3 years ago now. I was in Glasgow in the December leading up to it closing. I went to go and see one of my favourite bands Idlewild play a couple of gigs, and stayed with my cousin Paul. They were playing each album in full night after night for 5 consecutive evenings. They were special evenings as I'm such a big fan, but for the first evening I arrived in Glasgow I didn't have a ticket and so my cousin and I caught up over a curry and then a coffee in the west end of Glasgow near his tenement.

As we were chatting along about this, that and the other, he pointed out the man on a table nearby as Stuart Murdoch from the band Belle & Sebastian. Now I'd heard of Belle & Sebastian but never really listened to their music. As I travelled back from Glasgow [which translates as dear green place] on the train I thought back to that interesting looking man with a cool hat, laptop and cheeky grin, sitting there I imagine now working on some project. Some days after getting back I went into Borders with the naive aim of buying Christmas stuff only for other people, and consequently came out with Belle & Sebastian 'The BBC Sessions'.

The man behind the counter approved enthusiastically and I duly grew to love the band and Stuart Murdoch’s wit and character. As the shelves emptied of products and it became like a hunt for hidden treasure, I remember people pondering buying shelves and not wanting to leave. It really was the walk of the moment that winter. With this heartbreak on my mind, I penned the song as a tribute to the shop where I would meet friends for a Hot Chocolate and a chat, or just to go and discover or read a book on my own.

In summer 2006 I saw Seth Lakeman do a CD signing with just his voice and violin, and on FA Cup Final day in 2008 my friend Adam and I handed out flyers for the local rock band Bosh who some of our best friends were in. I think everyone who enjoyed the store over the years it was there, would agree that it was a special place.

The economy may have been holding our legs and dangling us until we scream over the last few years, but community will take first place again this Christmas with tears and laughter aplenty as we simply smile and give. So please smile and give if you can, and if you can only afford a smile, we understand and we’ll return your smile and hope that you enjoy the song this Christmas. All proceeds of the single will go to Bournemouth’s Eating Disorder Charity, I*Eat. It’s a charity close to mine and my friends hearts.